Emilie about her volunteering project

Voluntary work in Poland – that’s it! 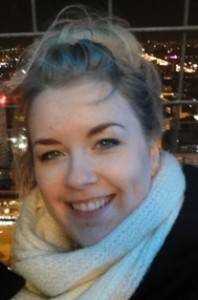 “So far this has been the best five months of my life, and the next four can only be better,” says Emilie from Germany about her voluntary work in Poland.

Emilie is one of the several young people from abroad, who are working on their voluntary projects in various places in Poland. Diaconia Poland coordinates these projects.

“The first half of my voluntary service is over, and I recommend coming to Poland to anyone who has such an opportunity. It’s a wonderful country, full of possibilities and nice people. You can experience a lot here,” says Emilie.

The volunteer works in the Diaconia’s office in Warsaw. She helps with simple office tasks, as well as translations and preparing multimedia presentations. She does not consider her work boring. “It’s an ideal work for a young person who appreciates having contact with other people, but doesn’t necessarily want to work e.g. seven hours a day with children,” she explains.

Additionally, Emilie spends one day a week in the Evangelical Diaconal Centre “Tabita” near Warsaw, where she talks to several older patients, practicing their German and her Polish. “Pastor from the Centre suggested that I write down the life stories of these women. I think it’s a great idea. I am working on carrying it out,” she says.

Emilie lives in a dormitory with twenty students, seventeen of whom study theology, and three – different subjects. She admits that she had always considered herself tolerant, and here she had noticed how hard it is for her to put up with somebody with opinions different to what she considers “right”. “Before coming to Poland, I thought it was impossible for someone, for example, with opinion on emancipation different than mine, to be a good person and become a good friend. Here I’m learning how to accept other opinions and attitudes,” she says.

Stay in a different country also means breaking the language barriers. Emilie learns Polish, but she also uses her hands, legs, English and German to communicate. Unfortunately, not everywhere in Poland people speak these languages. “It’s best to always have a small dictionary with you, as well as communicate what you mean using gestures,” she advises.

The volunteers who carry out projects coordinated by Diaconia Poland know each other – from time to time they participate in seminars together; they also stay in contact via e-mail and Facebook. They exchange experiences, share their problems. According to Emily, the best way to deal with a problem is to take initiative. “If there is a problem at one’s workplace, or there is something you don’t like, it’s best to come up with an idea on how to change it to make you feel better,” she convinces.

Emilie liked her trips around Poland. She has already visited several cities in our country, and has been to Slovakia. She enjoys travelling by rail. “The trains in Poland have old-school compartments, like in ‘Harry Potter’. There are comfortable seats and mostly you can meet some nice people,” she says. The volunteer speaks about her voluntary service in Poland with enthusiasm. “So far it has been the best five months of my life, and the next four can only be better!”